Ken Parry is Senior Research Fellow in the Department of Ancient History at Macquarie University, Australia. He is the editor-in-chief of The Blackwell Dictionary of Eastern Christianity (Blackwell, 1999) and has contributed to numerous other books and journals on Byzantine Christianity and the Christian East. 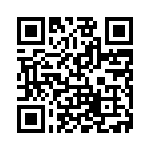