Holland et al.’s "Identity and Agency in Cultural Worlds" beautifully succeeds at deconstructing the concept of identities as they are practiced, formed, and reformed by focusing on four contexts – “figured worlds,” positionality, space of authoring, and making worlds/play. Utilizing a theoretical framework from Vygotsky, Bahktin, and Bourdieu, much of the book addresses concepts of identity that relate to gender as it is played out, or practiced, within society, and the ways in which individuals and groups negotiate these meanings.
The authors do well in making I"Identity and Agency in Cultural Worlds" accessible to a large audience, including educators, researchers and the lay public by including case studies of their previous work (e.g. a study about critical song writing/singing by Nepalese women for a yearly festival; the use of stories in Alcoholics Anonymous as a means of identity formation; learning the “figured world” of romance for women at college; and reframing oneself within the context of mental disorders). It is through the use of examples, that readers could have a chance to both see themselves and their own culture within the pages of the book and also the multitude of ways in which people utilize (self) agency to choose an action to proceed with that often does not even seem possible from an outsiders perspective. For instance, even as a doctoral student who has been studying issues of identity and gender, reading about the “devaluing” of women within "Identity and Agency in Cultural Worlds" helped me to understand and validate my own struggles as a woman within our culture.
Yet there was one aspect of the book that I found a bit disconnected from the rest of the work. In the final chapter, Holland et al. explain that they have developed a new theory of human action that moves beyond cultural rules of identity development. Unfortunately this one point feels disjointed from the way in which the authors have discussed their work and described identity and agency throughout the majority of the book. Although it could be an important point, if it was incorporated throughout the book, this shift to a discussion of theory in the final chapter is distracting.
However, overall, "Identity and Agency in Cultural Worlds" is highly effective at addressing concepts of identity and agency especially as they relate to gender and society – processual, every-changing, and dependent on context. Unlike many “academic” books that tend to focus on theory and critique, the authors, who represent an interdisciplinary background ranging in specialty from medical and cultural anthropology, psychiatry, to child development use a much more reader friendly and engrossing method of writing. Holland et al. utilize a critical theoretical approach along with their extensive professional fieldwork and practice to describe “identities in practice” including agency, improvisation, and resourcefulness, concepts and explanations that could be fairly easily incorporated within a wide array of teaching and learning situations.

Dorothy Holland is Boshamer Professor of Anthropology, Emeritus, at the University of North Carolina at Chapel Hill.

Carole Cain is Staff Specialist in the Department of Psychiatry at Duke University Medical Center. 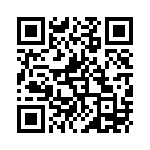