James Merrill was born on March 3, 1926, in New York City and died on February 6, 1995. From the mid-1950s on, he lived in Stonington, Connecticut, and for extended periods he also had houses in Athens and Key West. From "The Black Swan (1946) through" A Scattering of Salts (1995), he wrote twelve books of poems, ten of them published in trade editions, as well as" The Changing Light at Sandover (1982). He also published two plays, "The Immortal Husband (1956) and" The Bait (1960); two novels, "The Seraglio (1957, reissued 1987) and "The (Diblos) Notebook (1965, reissued 1994); a book of essays, interviews, and reviews, "Recitative (1986); and a memoir, "A Different Person (1993). Over the years, he was the winner of numerous awards for his poetry, including two National Book Awards, the Bollingen Prize, the Pulitzer Prize, and the Bobbitt Prize from the Library of Congress. He was a chancellor of the Academy of American Poets and a member of the American Academy of Arts and Letters.
J. D. McClatchy and Stephen Yenser are James Merrill's literary executors. J. D. McClatchy has published five volumes of poems and two collections of essays. He is the editor of" The Yale Review and a chancellor of the Academy of American Poets. Stephen Yenser has written three books of criticism (one about Merrill) and a volume of poems. He is a professor of English and the director of creative writing at UCLA. 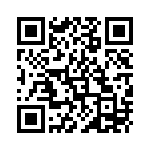