A much stronger—and funnier—entry than the previous one. This one had a plot, even if it was a touch thin, but overall, I enjoyed the heck out of this one. It's also very obvious that Adams ... Read full review

it was good, but not as good as the Restaurant at the End of the Universe. Of course, Martin Freeman is still brilliant. I am definitely going to listen to the others in the series, but I decided to take a break first.. Read full review

Born in Cambridge, Douglas Adams is best known for the 1970s BBC Radio series (and later novel, TV series and feature film) THE HITCHHIKER'S GUIDE TO THE GALAXY. He also developed the game Starship Titanic, the novel of which was written by Monty Python's Terry Jones, wrote the Dirk Gently series of books, and was a script writer on DOCTOR WHO. A committed environmentalist, Adams campaigned actively on behalf of endangered species and - with naturalist Mark Carwardine - he produced LAST CHANCE TO SEE, a radio series and book highlighting species on the brink of extinction. 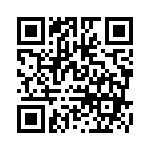