Wendy Mary Beckett was born in Johannesburg, South Africa on February 25, 1930. At the age of 16, she joined the Sisters of Notre Dame de Namur, a teaching order, as Sister Michael of St. Peter. She became Sister Wendy after Vatican reforms relaxed formalities. She studied literature at Oxford University in the early 1950s. After returning to South Africa, she taught for 15 years at a Cape Town convent and later lectured at Johannesburg's University of Witwatersrand. After suffering three grand mal seizures and learning that she had a form of epilepsy, she received Vatican consent to give up teaching for a life of solitude. In 1970, she returned to England and moved into the trailer at the Carmelite Monastery. She wrote approximately 25 books art and religion including Contemporary Women Artists and Sister Wendy on Prayer. In 1991, a BBC producer persuaded her to do a documentary about Britain's National Gallery, talking about its paintings. She went on to star in several more BBC documentaries including Sister Wendy's Odyssey, Sister Wendy's Grand Tour, and Sister Wendy's Story of Painting. She assigned all her earnings to the Carmelite order that sheltered her. She died on December 26, 2018 at the age of 88. 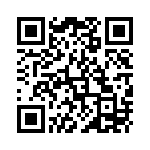