Seán Hanley is Lecturer in East European Politics at the School of Slavonic and East European Studies, UCL, UK. His research interests include Czech politics, the Czech Republic, the formation and organization of political parties, the comparative politics of the European centre-right, comparative democratization and the demographic politics of Eastern Europe. 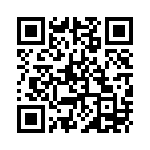