James Patrick Kelly has given us a tightly written novella centered on ecological warfare and the clash of cultures. I happen to read it the same week I was reading "Hippie Food" by Jonathan Kauffman ... Read full review

Burn has the rare merit of extrapolating contemporary issues, including terrorism, ecological fanaticism and the ethics of interfering with other cultures, into the far future, without simply mapping ... Read full review

James Patrick Kelly has won the Hugo, Nebula and Locus awards and his fiction has been translated into eighteen languages. His most recent publication is a career retrospective in Centipede Press's Masters of Science Fiction series entitled James Patrick Kelly. His sixth novel Mother Go is forthcoming from Audible.com and a short story collection The Promise of Space will be published in October by Prime Books. With John Kessel he is co-editor of Digital Rapture: The Singularity Anthology, Kafkaesque: Stories Inspired by Franz Kafka, The Secret History Of Science Fiction, Feeling Very Strange: The Slipstream Anthology and Rewired: The Post Cyberpunk Anthology. He writes a column on the internet for Asimov's Science Fiction Magazine and is on the faculty of the Stonecoast Creative Writing MFA Program at the University of Southern Maine. 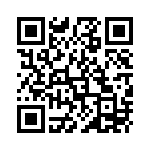