Starting from her early life, this book takes us through the remarkable life of Sojourner Truth. Born into slavery, she eventually because a free woman, and a powerful speaker against the injustice of ... Read full review

In 1797, Isabella was born in New York. She was a slave until 1827, but was not known as Sojourner Truth until much later in life. She tried to learn how to read and perform basic tasks but this was ... Read full review

Patricia C. McKissack was born in Smyrna, Tennessee on August 9, 1944. She received a bachelor's degree in English from Tennessee State University in 1964 and a master's degree in early childhood literature and media programming from Webster University in 1975. After college, she worked as a junior high school English teacher and a children's book editor at Concordia Publishing. Since the 1980's, she and her husband Frederick L. McKissack have written over 100 books together. Most of their titles are biographies with a strong focus on African-American themes for young readers. Their early 1990s biography series, Great African Americans included volumes on Frederick Douglass, Marian Anderson, and Paul Robeson. Their other works included Black Hands, White Sails: The Story of African-American Whalers and Days of Jubilee: The End of Slavery in the United States. Over their 30 years of writing together, the couple won many awards including the C.S. Lewis Silver Medal, a Newbery Honor, nine Coretta Scott King Author and Honor awards, the Jane Addams Peace Award, and the NAACP Image Award for Sojourner Truth: Ain't I a Woman?. In 1998, they received the Coretta Scott King-Virginia Hamilton Award for Lifetime Achievement. She also writes fiction on her own. Her book included Flossie and the Fox, Stitchin' and Pullin': A Gee's Bend Quilt, A Friendship for Today, and Let's Clap, Jump, Sing and Shout; Dance, Spin and Turn It Out! She won the Newberry Honor Book Award and the King Author Award for The Dark Thirty: Southern Tales of the Supernatural in 1993 and the Caldecott Medal for Mirandy and Brother Wind. She dead of cardio-respiratory arrest on April 7, 2017 at the age of 72. 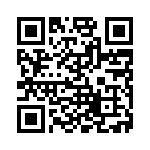