Williams James gave these lectures when aged around 66, just two years before he died. They are a remarkably franked and earnest account of what he believed and how he saw philosophical enquiry. The ... Read full review

William James, oldest of five children (including Henry James and Alice James) in the extraordinary James family, was born in New York City on January 11, 1842. He has had a far-reaching influence on writers and thinkers of the nineteenth and twentieth centuries. Broadly educated by private tutors and through European travel, James initially studied painting. During the Civil War, however, he turned to medicine and physiology, attended Harvard medical school, and became interested in the workings of the mind. His text, The Principles of Psychology (1890), presents psychology as a science rather than a philosophy and emphasizes the connection between the mind and the body. James believed in free will and the power of the mind to affect events and determine the future. In The Will to Believe (1897) and The Varieties of Religious Experience (1902), he explores metaphysical concepts and mystical experiences. He saw truth not as absolute but as relative, depending on the given situation and the forces at work in it. He believed that the universe was not static and orderly but ever-changing and chaotic. His most important work, Pragmatism (1907), examines the practical consequences of behavior and rejects the idealist philosophy of the transcendentalists. This philosophy seems to reinforce the tenets of social Darwinism and the idea of financial success as the justification of the means in a materialistic society; nevertheless, James strove to demonstrate the practical value of ethical behavior. Overall, James's lifelong concern with what he called the "stream of thought" or "stream of consciousness" changed the way writers conceptualize characters and present the relationship between humans, society, and the natural world. He died due to heart failure on August 26, 1910.

Fredson Bowers is Linden Kent Professor of English, Emeritus, at the University of Virginia.

Ignas K. Skrupskelis is Professor Emeritus of Philosophy at the University of South Carolina and a lecturer at Vytautas Magnus University, Kaunas, Lithuania.

Frederick Burkhardt, formerly a professor of philosophy and then a college president, is President Emeritus of the American Council of Learned Societies. 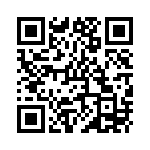