ALEXANDER DE GRAND is professor of history at North Carolina State University. His publications on modern Italy include The Italian Nationalist Association and the Rise of Fascism in Italy, Italian Fascism: Its Origins and Development, Fascist Italy and Nazi Germany: The Fascist Style of Rule, and Bottai e la cultura fascista. 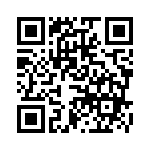