Sun Tzu was born around 544 B.C. Almost nothing is known about his life except that he was a Chinese military general who helped the King Ho-lu capture the city of Ying, bringing about the fall of the Ch'u state in 506 B.C.E. From this, Sun Tzu became known throughout the country as a wise and respected leader. Sun Tzu is best known today for a collection of essays called The Art of War, the oldest military treatise in the world. The text became known through translations by Father J. J. M. Amiot, a French Jesuit priest. The principles in the book are varied and include: "All warfare is based on deception," "The supreme art of war is to subdue the enemy without fighting," and "The art of war is governed by five constant factors (1) The Moral Law; (2) Heaven; (3) Earth; (4) The Commander; (5) Method and discipline)". Sun Tzu is believed to have died in 496 B.C.E. 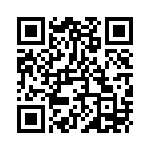