One of the best-loved children's/young adult authors, Lucy Maud Montgomery was born on November 30, 1874 in Clifton, Prince Edward Island, Canada, the daughter of Hugh John and Clara Woolner. After attending Prince of Wales College and Dalhouse College in Halifax, she became a certified teacher, eventually teaching in Bideford, Prince Edward Island. She also served as an assistant at the post office and as a writer for the local newspaper, The Halifax Daily Echo. Best known for her Anne of Avonlea and Anne of Green Gables books, Montgomery received many high honors. She was named a Fellow of the Royal Society of Arts in 1923 and a Canadian stamp commemorates Montgomery and Anne of Green Gables. In addition, various museums dedicated to the book series and Montgomery's life dot Prince Edward Island. The books in the Anne series follow the growth and adventures of a red-haired, spritely, high-spirited and imaginative orphan named Anne who lives on Prince Edward Island. The success of these books rested in Montgomery's ability to vividly recollect childhood and her easy storytelling ability. They are tremendously popular to this day and have been translated into more than 35 languages and adapted as movies and PBS television productions. On July 5, 1911, L.M. Montgomery married Ewan Macdonald, a Presbyterian minister, and the marriage produced three children. She died on April 24, 1942. 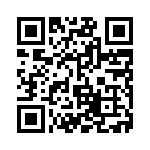