Repetitive, but not in a bad way. It's like a sermon or a motivational talk in that it's beneficial to explore core ideas through relatable, familiar stories. Are you more of a Fixed Mindset, or more ... Read full review

An excellent analysis of how our minds work, and how we can change from the fixed mindset, which discourages challenges, difficult work, and move to the growth mindset. Read full review

Carol S. Dweck, Ph.D., is widely regarded as one of the world’s leading researchers in the fields of personality, social psychology, and developmental psychology. She is the Lewis and Virginia Eaton Professor of Psychology at Stanford University, has been elected to the American Academy of Arts and Sciences and the National Academy of Sciences, and has won nine lifetime achievement awards for her research. She addressed the United Nations on the eve of their new global development plan and has advised governments on educational and economic policies. Her work has been featured in almost every major national publication, and she has appeared on Today, Good Morning America, and 20/20. She lives with her husband in Palo Alto, California. 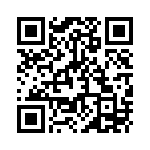