Although the subject is very interesting, and the anecdotes are lovely, the book does not read very well. A lot of facts are presented in a way that is not always very organized. But, overall, a very interesting book! Read full review

John Emsley won the Science Book prize in 1995 for his Consumer's Good Chemical Guide, and followed this with a series of popular science books: Molecules at an Exhibition, Was it Something You Ate? (co-authored with P. Fell), The Shocking History of Phosphorus, and Nature's Building Blocks,all of which have been translated into many other languages. After 20 years as a researcher and lecturer in chemistry at London University, he became a freelance writer, as well as Science Writer in Residence, first at Imperial College London and then at Cambridge University. In 2003 he was awardedthe German Chemical Society's Writer's Award. His latest publication, Vanity, Vitality, and Virility, published in April 2004 (OUP). 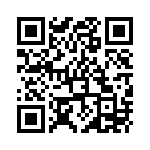