Helped me figure out the reasons I relied on religion at the time. Read full review

Born in Hochheim near Gotha, Meister Eckhart was a German Dominican mystic whose central concern was the relation of the soul to God. He regarded "the innermost essence of the soul as something uncreated, not only "like' God in a creaturely resemblance, but truly "one' with God" (Bernard McGinn, Meister Eckhart). Eckhart's thinking offended orthodox sensibilities as pantheistic, and he was accused of heretical teachings by the archbishop of Cologne. Two years after his death, Eckhart's writings were condemned by Pope John XXII. Nevertheless, Eckhart's teaching influenced later religious mysticism and speculative philosophy. 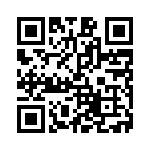