Suny, an established historian of this region and its peoples, examines the development and nature of Armenian identity and nationality in a series of essays written over the past several decades ... Read full review

This book is well accepted across many scholars. The written history outlined is consistent with other historians and there is little doubt about its authenticity.

RONALD GRIGOR SUNY is Alex Manoogian Professor of Modern Armenian History at the University of Michigan. A specialist in the history of the non-Russian peoples of the Soviet Union, he is the author of The Making of the Georgian Nation and editor of Transcaucasia, Nationalism, and Social Change. 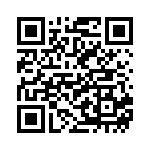