John C. Endres, SJ, has been teaching Old Testament / Hebrew Bible at the Jesuit School of Theology (in Berkeley) of Santa Clara University since 1982. He was chief editor of Chronicles and Its Synoptic Parallels in the Books of Samuel, Kings, and Related Biblical Texts (Liturgical Press). He also writes and teaches on the Psalms, the deuterocanonical books, Dead Sea Scrolls, and the Book of Jubilees.

Pauline A. Viviano is an associate professor of theology at Loyola University Chicago. She received her doctorate in biblical languages and literature from St. Louis University. Besides articles in academic and popular journals, her publications include reading guides for the books of Joshua, Judges, First and Second Samuel, First and Second Kings, and Ruth for the Catholic Study Biblepublished by Oxford University Press, and Collegeville Bible Commentary Volume 2: Genesis(Liturgical Press, 1985). In addition to university teaching she often lectures at parishes in and around Chicago. 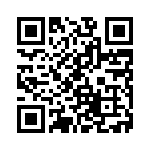