I read this after Culler's 'Structuralist Poetics' book, and it's more or less more of the same: excellent exposition of the theory in question, which reads like walking through knee deep oatmeal ... Read full review 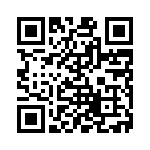