Something like an autobiography, and something much more like a memoir, which is no bad thing. Kurosawa explains that he'd rather his work speak for him, but that in his old age, he's been persuaded ... Read full review

I'm not a huge film buff, but I do like "The Seven Samurai" and I know the influence this man had on George Lucas and Steven Spielberg. This autobiography does not extend beyond the release of ... Read full review

Kurosawa generally is recognized as the best of the modern Japanese filmmakers. He was the first Japanese director to gain international recognition, partly because his storytelling technique is not culture-bound. Rashomon (1950), a story of rape and terror that is told from several different viewpoints, received first prize at the Venice Film Festival in 1951; the film's title has become synonymous with the concept of subjective truth expressed in widely varying versions of the same story. The Seven Samurai (1954), a humanistic tale of samurai risking their lives to defend a poor village, is another Kurosawa classic. Kurosawa has always been attracted to Western literature, and two of his most notable films are based on Shakespeare's plays: Throne of Blood (1957), a retelling of Macbeth, and Ran (1985), a masterly reinterpretation of King Lear. 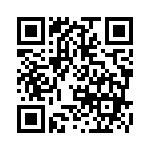