SHANE MACKINLAY is a Lecturer in Philosophy at Catholic Theological College (Melbourne College of Divinity). 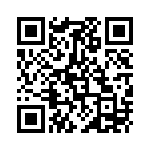