Brian P. Luskey teaches history at West Virginia University. He is author of On the Make: Clerks and the Quest for Capital in Nineteenth-Century America. Wendy A. Woloson teaches history at Rutgers University-Camden. She is the author of In Hock: Pawning in America from Independence Through the Great Depression and Refined Tastes: Sugar, Confectionery, and Consumers in Nineteenth-Century American Culture. 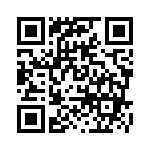