Herbert Ira London was born in Brighton Beach, Brooklyn, New York on March 6, 1939. He received a bachelor's degree in social studies from Columbia College in 1960, a master's degree in education from Teachers College at Columbia, and a doctorate at New York University. He started teaching at New York University in 1967. He became the founding dean of the Gallatin School for Individualized Study at New York University. He was the dean from 1972 until 1992, when he was named John M. Olin professor of the humanities. He became professor emeritus in 2005. He was also a prolific voice for scholarly think tanks. He was the president of the Hudson Institute from 1997 to 2011 and the founder of the London Center for Policy Research. He was also a television host of CNN's Crossfire, NBC's Myths That Rule America, and CBS's The American Character. He wrote numerous books including Diary of a Dean, Myths That Rule America written with Albert L. Weeks, and Leading from Behind: The Obama Doctrine and the U.S. Retreat from International Affairs written with Bryan Griffin. He also wrote three plays. He died from complications of heart failure on November 10, 2018 at the age of 79. 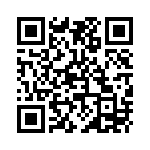