Maureen Webb is a Canadian human rights lawyer and activist. She was a litigator for some of the first constitutional cases heard under Canada's Charter of Rights and Freedoms, including the landmark freedom of association case, Lavigne and a case challenging the powers of Canada's newly instituted spy agency, CSIS. 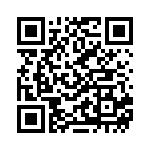