Full of rambling analogies that contribute little to the discussion. Anti-democracy. A friend pointed out that the portrait of the ideal statesman could be used to justify any kind of dictatorship in the name of the people. Read full review

This is another one of Plato's dialogues that did not resound with me. Read full review

Seth Benardete (1930-2001) was professor of classics at New York University. In addition to NYU he taught at The New School, Harvard University, Brandeis University, and St. John's College in Annapolis. He was the author or translator of many books, most recently The Argument of the Action, Plato's "Laws," and Plato's "Symposium," all published by the University of Chicago Press. 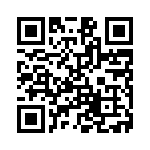