Tim Wu is an author, a policy advocate, and a professor at Columbia University. A veteran of Silicon Valley, in 2006 he was recognized as one of fifty leaders in science and technology by Scientific American magazine. He won the Lowell Thomas gold medal for Travel Journalism, and has contributed to The New Yorker, The New York Times and Forbes. He is also a fellow of the New America Foundation and the chairman of the media reform organization Free Press. He lives in New York. 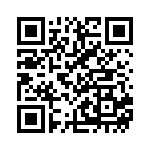