One day I read an interview with various celebrity intellectuals who were asked what great book do they regret not having read yet. For me it was Slaughterhouse Five. After I read it, and even now, I ... Read full review

great book one of my favorites and this one was purchased as a gift. cover was not the same as what was shown in the image on the site but thats not a big deal to me as the book itself is the same. Read full review

Kurt Vonnegut was a master of contemporary American literature. His black humor, satiric voice, and incomparable imagination first captured America's attention in The Sirens of Titan in 1959 and established him as "a true artist" with Cat's Cradle in 1963. He was, as Graham Greene declared, "one of the best living American writers.” Mr. Vonnegut passed away in April 2007. 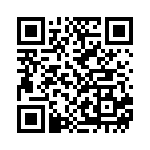