Eugenia Price, 1916 - 1996 Eugenia Price, born on June 22, 1916, was an American author best known for her historical novels which were set in the American South. Early in Price's writing career, she was a well-known author of many Christian books. While on St. Simons Island, she wandered through Christ Church cemetery where she found the graves of Anson Dodge, his wives Ellen and Anna, and his child. She wanted to take her writing in a different direction and the graves inspired her to write biographies about average people who only impacted those around them. The result was "Beloved Invader," the post Civil War story of the Reverend Anson Dodge. This first book about St. Simons Island, where she spent time in a cottage researching the Island families, created a new genre. She followed with "Lighthouse" and "New Moon Rising," which went back in time from the Civil War. Price used everything that she wrote, such as articles she wrote for Coastal Illustrated, which were collected and published as "At Home on St. Simons," and the diary she kept while working on a novel became "Diary of a Novel." She also wrote the Savannah quartet, with the final novel titled "Stranger in Savannah." It's a love story that takes place during the time that the country was heading towards the Civil War. Her last book, which was finished a few weeks before her death, was "The Waiting Time." On May 28, 1996, Eugenia Price died of congestive heart failure and was laid to rest in the Christ Church Cemetery. 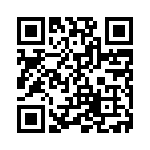