Kishore Kunal started his career as an I.P.S. officer in 1972 but his inner urge to pursue academic interest and do philanthropic work in a full-fledged way would not let him remain within the confines of the service and he took voluntary retirement from the coveted Indian Police Service almost a decade prior to his due superannuation. During his service career, he held important positions including that of Officer-on-Special Duty in the Ministry of Home affairs, Government of India in which capacity he was officially associated with the Ayodhya dispute. After retirement from I.P.S. in 2001 he was Vice-Chancellor of K.S.D. Sanskrit University, Darbhanga in Bihar. His long association with Bihar Board of Religious Trusts, Patna, as its Administrator and President, has brought about a sea-change in the functioning of temples and mutts in Bihar. Kunal has heralded a new era of harmonious coexistence by appointing a number of dalit priests in temples in the State. Mahavir Cancer Sansthan, established by him under the aegis of Hanuman Mandir Trust, Patna, is one of the largest cancer hospitals in the country, which is dedicated to the low cost treatment of the poor patients. Similarly, three other charitable hospitals run under his supervision are rendering remarkable service to the people of Bihar. Many other philanthropic projects including the construction of Viraat Ramayan Mandir and the establishment of Ramayan University are in the offing. Kunal has been a reputed police officer, able administrator, acclaimed academician and social reformer. A diligent and assiduous student of history and Sanskrit he is a voracious reader having a penchant for proof of everything which takes him into every possible detail and depth of the subject. He has written and edited many books. His magnum opusŃŇDalit-Devo BhavaÓ demolishes many pernicious perceptions and myths concerning caste-discrimination in the Hindu society. This unputdownable book will likewise knock down several fallacious beliefs and mendacious statements, and may prove a valuable vade mecum for every keen student of history. Contact: kishorekunaal@gmail.com 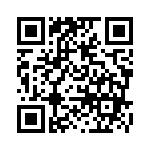