FREE FOR ALL: How Linux and the Free Software Movement Undercut the High-Tech Titans

There's no free lunch, but there is abundant free source-code software out there in the ether. Perhaps you have no idea what "source code" is. You will get just the sketchiest of notions here, hidden ... Read full review

Free for all: how Linux and the free software movement undercut the high-tech titans

In the 1980s, a handful of dedicated programmers began sharing the source code to software they developed. Over the years, this movement to share programming code led to the establishment of the "open ... Read full review 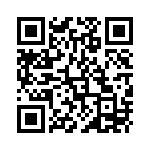