This is one of the most important books on civil society written in the past twenty or so years. It is (somewhat) a book of its time, the late-80s, early 90s, when the concept of civil society had been thoroughly placed on both the theoretical and political agenda by the fall of Communism. But it thoroughly discusses the revival of the idea of civil society and its continuing relevance. It returns to Hegel's Philosophy of Right to develop his early tripartite distinction among state, the market economy, and society (for Hegel the ethical realm, or "sittlichkeit.") It then carefully builds on this three part concept through criticisms of the major figures of the twentieth century, including Gramsci, Parsons, Arendt, Luhmann, Foucault, and, not least, Habermas, whose theory of communicative action is the foundation Cohen and Arato use to rebuild their own modern concept of civil society, which constitutes the third section of the book. They discuss social movements and criticisms, particularly of Habermas, while offering their own theoretical framework.
This book remains one of the best treatments of the concept even as I write in 2013, and can be read alongside Adam Seligman's The Idea of Civil Society, John Keane's Civil Society, Michael Schudson's The Good Citizen, and most recently Jeffrey Alexander's The Civil Sphere as a definitive course in the contemporary political theory of civil society (with specific emphases by each author).
This book is not easy. In fact, it's very hard, as is most political theory. I can't imagine what discipline the previous reviewer is in, but he or she is thoroughly ignorant of both the field of political theory, the idea of civil society, and what it takes to write a long, complex argument.

Since I'm unable to comment on comments, I'd just like to point out that anyone who studies politics of any kind at the doctoral level who doesn't know who Michael Walzer is, well, let's just say that they likely don't know enough to write a good review of this book.

Andrew Arato is Professor of Sociology at the New School for Social Research. 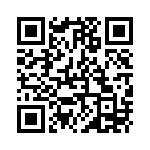