PAUL KRUGMAN Recipient of the 2008 Nobel Memorial Prize in Economics, is Professor of Economics at Princeton University, USA, where he regularly teaches the Principles course. He received his BA from Yale and his PhD from MIT. Prior to his current position, he taught at Yale, Stanford, and MIT. He also spent a year on staff of the Council of Economics Advisors in 1982-1983. His research is mainly in the area of international trade, where he is one of the founders of the 'new trade theory,' which focuses on increasing returns and imperfect competition. He also works in international finance, with a concentration in currency crises. In 1991, Krugman received the American Economic Association's John Bates Clark medal. In addition to his teaching and academic research, Krugman writes extensively for nontechnical audiences and he is a regular op-ed columnist for the New York Times. 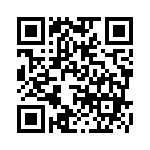