Lindsay C. Watson is Honorary Associate Professor of Classics and Ancient History at the University of Sydney, Australia. His previous books include Arae: The Curse Poetry of Antiquity (1991), Martial: Select Epigrams (with Patricia Watson, 2003), A Commentary on Horace's Epodes (2003), Juvenal: Satire 6 (with Patricia Watson, 2014) and Martial (in the 'Understanding Classics' series, 2015). 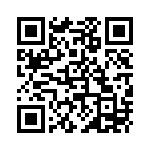