Amy Lemmon is the author of two poetry collections: Fine Motor (Sow’s Ear Poetry Review Press, 2008) and Saint Nobody (Red Hen Press, 2009). Her work has appeared in Rolling Stone, New Letters, Prairie Schooner, Verse, Court Green, The Journal, Barrow Street, and many other magazines and anthologies. Amy holds a PhD in English/Creative Writing from the University of Cincinnati. She is Associate Professor of English at the Fashion Institute of Technology and lives with her two children in Astoria, Queens. 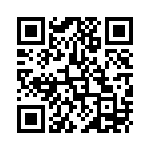