An ideal undergraduate textbook, as well as an excellent reference book for the more advanced student. Enough detail for the for the beginner without becoming overwhelming, and good for quick ... Read full review

Timothy E. Gregory is Professor of Byzantine History at Ohio State University where he is also Adjunct Professor of Anthropology. He is the author of Vox Populi (1979), Isthmia V. The Fortress and the Hexamilion (1993), The Corinthia in the Roman Period (1993), archaeology editor of The Oxford Dictionary of Byzantium (1991), and Director of the Ohio State University Excavations at Isthmia (Greece). 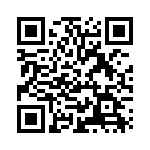