Grant Huscroft is a Professor of Law at the University of Western Ontario and is a member of Western Law's Public Law and Legal Philosophy research group. He was a member of the Faculty of Law at the University of Auckland, New Zealand from 1992 to 2002 and has been a visiting Professor at McGill University. He has written extensively about constitutional rights and judicial review and his work has been published in Canada, the United States, the UK, New Zealand and Australia. He is co-author of the treatise The New Zealand Bill of Rights (2003) and has edited or co-edited six collections of essays.

Bradley W. Miller is an Associate Professor in the Faculty of Law at the University of Western Ontario and is a member of Western Law's Public Law and Legal Philosophy research group. He is called to the bars of British Columbia and Ontario and has appeared before all levels of court in Ontario, including the Supreme Court of Canada. His research is focused on theories of constitutional interpretation and the place of moral reasoning in legal reasoning. His papers have been published in edited collections and in the American Journal of Jurisprudence, the Canadian Journal of Law and Jurisprudence, Public Law Review and Res Publica. 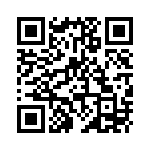