Kelly A. Parker is professor of philosophy, environmental studies, and liberal studies at Grand Valley State University. He is also the author of The Continuity of Peirce's Thought (Vanderbilt University Press, 1998). 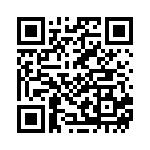