Gary S. May, Ph.D. is Executive Assistant to the President and Motorola Foundation Professor of Microelectronics in the School of Electrical and Computer Engineering at the Georgia Institute of Technology. Dr. May was a national Science Foundation national Young Investigator, Georgia Techs Outstanding Young Alumnus, received Georgia Techs Outstanding Service Award, and was named a Giant of Science by the Quality Education for Minorities network in 2001. He was a member of the NSF Engineering Advisory Committee, served on and chaired the NSF Committee for Equal Opportunity in Science and Engineering, and was Editor-in-Chief for "IEEE Transactions of Semiconductor Manufacturing" from 1997 to 2001. Dr. May currently serves as chair of the National Advisory Board for the National Society of Black Engineers.

Simon M. Sze, Ph.D. is UMC Chair Professor of National Chiao Tung University, and President of the National Nano Device Laboratories. He has received the IEEE Ebers Award, the Sun Yet-sen Award, the National Science and Technology Award, and the National Chair Professor Award. He is a Life Fellow of IEEE, a member of the Academia Sinica, the Chinese Academy of Engineering, and the US National Academy of Engineering. He has authored or coauthored over 150 technical papers, and has written, edited, and contributed to 24 books. His book "Physics of Semiconductor Devices" (Wiley 1969, 2nd Ed, 1981) is the "most" cited work in contemporary engineering and applied science publications (over 12,000 citations from ISI Press). 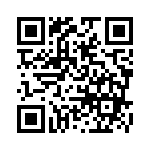