Internationally acclaimed poet David Whyte makes his home in the Pacific Northwest, where rain and changeable skies remind him of the other, more distant homes from which he comes: Yorkshire, Wales and Ireland. He holds a degree in Marine Zoology and honorary degrees from Neumann University in Pennsylvania and Royal Roads University in Victoria, British Columbia. He is the author of eight volumes of poetry and four books of prose, as well as a collection of audio recordings. 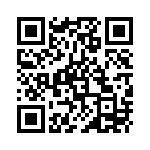