RICHARD BONIN is a producer at 60 Minutes, working with Lesley Stahl. He has won five Emmys for his work, as well as an Overseas Press Club award for his reporting in Iraq. He lives in Washington, D.C. 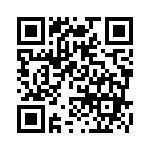