First working as a journalist in South Africa, and then as Tutu's press secretary, John Allen was invited to join the Truth and Reconciliation Commission as Director of Communications in 1995. Next he joined the Archbishop's staff when he taught in Atlanta for two years. Thus he has had a unique opportunity to observe his subject at first hand and is being given complete access to the Archbishop's personal and public files. Already he has been granted a rare one-on-one interview with Mandela for the book. He lives in South Africa.

John Allen is the Vatican correspondent for the National Catholic Reporter and a Vatican analyst for CNN and National Public Radio. He has also reported for the BBC and will appear in a BBC documentary on Opus Dei later this year. Considered by many as the single best source of insights on Vatican affairs in the English language, (particularly through his internet column "The Word from Rome"), he is the author of four books on the Catholic Church, including All the Pope's Men- The Inside Story of how the Vatican Really Thinks (2004) and Conclave- The Politics, Personalities, and Process of the Next Papal Election (1992). His work has appeared in The New York Times, The Boston Globe, and many other publications. 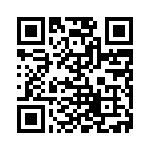