This is a close analysis of how the demands of border control in Virginia led men in London and Williamsburg to spark the creation of the prototype region of the American frontier experience. Besides ... Read full review

Warren R. Hofstra is the Stewart Bell Professor of History at Shenandoah University in Winchester, Virginia. 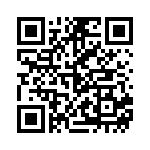