Richard Buckminster "Bucky" Fuller, the innovative thinker, engineer, and inventor, was born July 12, 1895 in Milton, Massachusetts. Despite early failures and tragedies, including his being expelled from Harvard University twice and the death of his four-year-old daughter, Fuller went on to achieve many successes. He is best known for inventing the geodesic dome; his design has been used in structures all over the world. Besides Harvard, Fuller also attended the U.S. Naval Academy, and was a professor at Southern Illinois University. He is the author of Synergetics: Explanations in the Geometry of Thinking, a book that discusses the utopic role technology will play in the future. Critical Path is the book Fuller felt was his most important. It outlined his plan to rejuvenate earth through the use of technology. His last book, Grunch of Giants, summarizes his most important ideas. Fuller was awarded 28 United States patents and many honorary doctorates. In 1968 he was elected into the National Academy of Design as an Associate member. In 1970 he received the Gold Medal award from the American Institute of Architects. He also received the Presidential Medal of Freedom presented to him on February 23, 1983 by President Ronald Reagan. 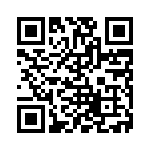