Dame Agatha Christie is the world's best-known mystery writer. Her books have sold over two billion copies worldwide and have been translated into 44 foreign languages.

During a writing career that spanned more than half a century, she created two of the world's most famous detectives. Hercule Poirot and Miss Jane Marple. The author of 79 novels and short story collections, she was also an accomplished playwright--one of her 14 plays, The Mousetrap, is the longest-running play in history. She published six romantic novels under the pseudonym Mary Westmacott and wrote four non-fiction books, including an autobiography. Several of her books, including Murder on the Orient Express and Death on the Nile, were made into hugely successful films. She died in 1976. 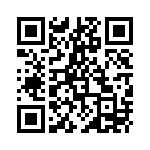