Ken Binmore is a mathematician-turned-economist who has devoted his life to the theory of games and its applications in economics, evolutionary biology, psychology, and moral philosophy. He is well known for his part in designing the telecom auction that raised $35 billion for the British taxpayer, but his major research contributions are to the theory of bargaining and its testing in the laboratory. He is a Fellow of the British Academy and of the American Academy of Arts and Sciences. He is the author of 12 books and some 90 research papers. He is Emeritus Professor of Economics at University College London. 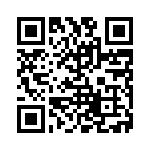