Author Robert S. Birchard is an award-winning film and video editor and noted film historian whose books include Cecil B. De Mille's Hollywood, King Cowboy--Tom Mix and the Movies, and Silent-Era Filmmaking in Santa Barbara. Birchard has appeared on television's History Detectives and in the documentaries Cecil B. De Mille: American Epic and The Woman With the Hungry Eyes--The Life and Films of Theda Bara. 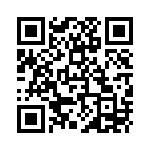