In the early 1900s, Mark Twain took a journey around the equator, visiting various countries and lecturing there. This is somewhat of his journal, but is mostly composed of his thoughts after the ... Read full review

A great slog of a bathroom book. Casual 19th century racism of a genial sort. But great travel insights from another time. Read full review 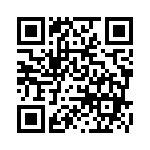