36 pages matching body in this book

This is the second book by Matt Cohen that I have read. I read Elizabeth and After a year and a half ago and enjoyed it. I knew that I had this other book on my TBR pile and that I wanted to read it ... Read full review

This book was originally published in 1990 but was re-issued in 2007 when it was made into a movie staring Susan Sarandon and Christopher Plummer. It's a good read and not overly long, moving from a ... Read full review

Matt Cohen was born in Kingston, Ontario. He received his bachelors and masters degrees from the University of Toronto. He taught political philosophy at McMaster University in the late 60's. Between 1969 and 1999, he published more than 20 books, including novels, short stories, poetry and two books for children, which won him the Toronto Arts Award. He was a two-time winner of the National Magazine Award for short fiction and a recipient of the John Glassco Translation Prize. Matt Cohen was writer-in-residence at several Canadian universities and was a visiting professor at the University of Bologna in Italy in 1985. He taught a number of writers workshops and was a founding member of the Writers Union of Canada, where he serv Matt Cohen passed away on December 2, 1999, from lung cancer. 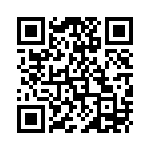