This is the story of a scientist from a very poor anarchist society who spends some time visiting a totalitarian capitalist oligarchy. There is some subtlety and depth to the society that the ... Read full review

People fear original thinkers. If there is one thing that I will take away from the book, it is this lesson. “The Dispossessed” is a strange book, and probably deserves a second reading. You can read ... Read full review

Ursula K. Le Guin is the author of more than one hundred short stories, two collections of essays, four volumes of poetry, and nineteen novels. Her best-known fantasy works, the Earthsea books, have sold millions of copies in America and England, and have been translated into sixteen languages. Her first major work of science fiction, The Left Hand of Darkness, is considered epochmaking in the field because of its radical investigation of gender roles and its moral and literary complexity.

Three of Le Guin's books have been finalists for the American Book Award and the Pulitzer Prize, and among the many honors her writing has received are the National Book Award, five Hugo Awards, five Nebula Awards, the Kafka Prize, a Pushcart Prize, and the Harold D. Vursell Award of the American Academy and Institute of Arts and Letters. She lives in Portland, Oregon. 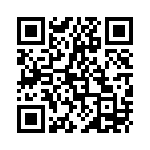