In 1971, Rawls published A Theory of Justice, which has come to be generally regarded as the century's major systematic work of substantive ethics and political philosophy; about 20 years later, in ... Read full review

John Rawls was James Bryant Conant University Professor at Harvard University. He was recipient of the 1999 National Humanities Medal. 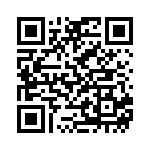