Zeev Weiss is Eleazar L. Sukenik Professor of Archaeology at the Hebrew University of Jerusalem. 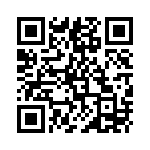